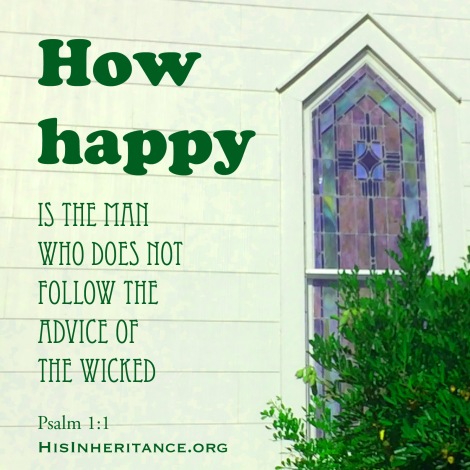 Wicked infiltrators have been insinuating themselves into the leadership of the church to destroy the church from within.

But the true Church of God WILL NOT be destroyed but live on into eternity!  These are those who have been born-again by the Holy Spirit. We, Christians, have His promise!

But the enemy will put up his fight.

The Word of God is true.   Jesus Christ is Truth.  But why do churches practice these things when they are obviously contrary to Scripture?  I suspect it is the plot of the devil himself, carried out by his henchmen, to undermine the elect.

These are the sins of the schemers.

“And when you pray, do not use vain repetitions as the heathen do. For they think that they will be heard for their many words.”  Matthew 6: 7

If you say the rosary, are you not using a “vain repetition”?   Many pagan religions have these prayer beads.  Many people repeat this as rote.

2. Forbidding to Marry   3. Abstaining from Foods

“Forbidding to marry, and commanding to abstain from foods, which God has created to be received with thanksgiving of them who believe and know the truth.” 1 Timothy 4:3.

“Flee fornication. Every sin that a man does is without the body; but he that commits fornication sins against his own body.”   1 Corinthians 6:18

Priests and pastors should not be abusing children and nuns.

Jesus Christ said that He hates the works of the Nicolaitans.  (Rev. 2:6)  No matter the form of heresy, the word itself means “victory over the laity” .   Some churches have a hierarchy.

And He [Jesus Christ] said to them, “The kings of the Gentiles exercise lordship over them, and those who exercise authority over them are called ‘benefactors.’  But not so among you; on the contrary, he who is greatest among you, let him be as the younger, and he who governs as he who serves.   (Luke 22:25-26 NKJV)

We Christians should all be servants.  But we are ambassadors, too!

“Now then we are ambassadors for Christ, as though God did beseech you by us: we pray you in Christ’s stead, be you reconciled to God.”  2 Corinthians 5:20

Christians are one body under the headship of Jesus Christ!  I meet many Christians through my ministry and they are in various churches.  Remember Jesus Christ sent letters to Seven Churches!  (“Seven” is a number of completion.)  Born-again believers  in Jesus Christ include some of the Protestants, Orthodox, Catholics, Charismatics,  Evangelicals, and others.  But “you must be born-again”  by the Holy Spirit!  (John 3:7)

“And if anyone does not have the Spirit of Christ, he does not belong to Christ.”  Romans 8:9b

Let us esteem one another!

“Let nothing be done through strife or vain glory; but in lowliness of mind let each esteem others better than themselves.”  Philippians 2:3

(Though we do not want to join the One-World Religion.    The unity that Christ seeks is a spiritual unity, not a money-seeking, power-hungry religious organization that draws people into its membership with flattery, deception, and half-truths.)

7.  “a heart that devises wicked schemes”

This is an abomination to the LORD.  (Proverbs 6:18)   A wicked scheme is deceitful.

The supposed succession of the popes is based on fallacious documents: the Donation of Constantine and the Liber Pontificalis.   We are all subject to fake news, and if I err I do my best to correct it.  But this forgery has been perpetrated to make people think that this is the one true church, despite their anti-Scriptural doctrines.  If you read European history in depth, you will see this.

Common folk err because we have been misled. But this was a deliberate forgery!

The popes also suppressed the reading of the Bible; slaughtered many saints; had much to do with anti-semitism; and are hoarders of great wealth.

The abomination of the “queen of heaven”

20Then Jeremiah [the Prophet] spoke to all the people…. 22 … the Lord could no longer bear it, because of the evil of your doings and because of the abominations which you committed… 23 Because you have burned incense and because you have sinned against the Lord, and have not obeyed the voice of the Lord or walked in His law, in His statutes or in His testimonies, therefore this calamity has happened to you, as at this day.”  Jeremiah 44

Through out long periods of time there have been apparitions* of a fake “Mary” who calls herself the “queen of heaven” and other numerous names.

“For such are false apostles, deceitful workers, transforming themselves into the apostles of Christ. And no marvel; for Satan himself is transformed into an angel of light.”   2 Corinthians 11:13-14

I suspect that there will be another Marian apparition in the days to come.  This  will be  demonic.  She will bring mostly the whole world under the control of satan, except for the elect.  It will be a one-world religion because this false “Mary” is accepted by Muslims, Catholics, New Agers, and Hindus, and Buddhists.  This will be a false Mary.  She will show false signs.  She will AWE people.  She may introduce a “fake Jesus”, who would be the ANTICHRIST.   Do not be deceived!

“The coming of the lawless one will be accompanied by the working of Satan, with every kind of power, sign, and FALSE wonder”  2 Thessalonians 2:9

When the real Jesus Christ returns, it will be the biggest event of all time! 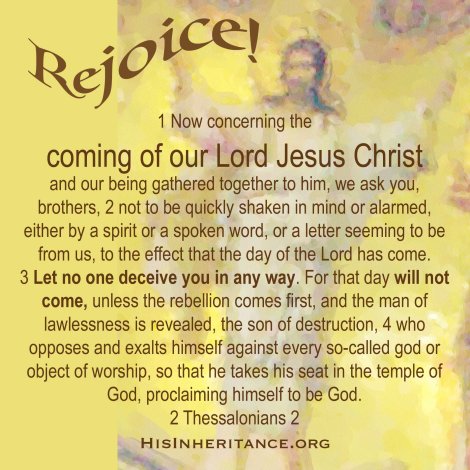 The Coming of the Son of Man

29“Immediately after the tribulation of those days the sun will be darkened, and the moon will not give its light; the stars will fall from heaven, and the powers of the heavens will be shaken. 30Then the sign of the Son of Man will appear in heaven, and then all the tribes of the earth will mourn, and they will see the Son of Man coming on the clouds of heaven with power and great glory. 31And He will send His angels with a great sound of a trumpet, and they will gather together His elect from the four winds, from one end of heaven to the other.” (Matthew 24)

There is a difference between those that are mourning in fear and the elect who have the victory in Christ!

But before that is coming the Great Tribulation!

“Hail Mary’s” won’t do.  “You must be born-again”.  Babylon will soon fall as predicted in Revelation.

Do not be deceived!  (See this post, POINT 4 on the possiblity of deception in the Church.)

As it says in the Book of Revelation,

“Come out of her, My people, lest you share in her sins, and lest you receive of her plagues.”

NOTE:  While reading these chapters, please note that there are true Christians amongst the laity of Catholics and any other denominations that I mention.  It is the hierarchy of that church that I find at fault, not teaching the whole Word of God and bringing in paganism.

Before the coming of the LORD, Babylon will fall.   Would I not be at fault if I didn’t give a warning?

“Son of man, I have made you a watchman for the house of Israel; therefore hear a word from My mouth, and give them warning from Me:”  Ezekiel 3:17 (NKJV)