“For to you it has been granted on behalf of Christ, not only to believe in Him, but also to suffer for His sake,” Philippians 1:29

Years ago, I knew a Godly man who claimed that the LORD would heal him of cancer but that was not the LORD’s perfect will. How strange, I thought! But the LORD told this saint that He wanted him to go through the cancer treatments. This man had amazing results for the treatments and they wrote him up in medical journals, especially that no one is healed of this type of cancer. He also had a positive attitude whenever he went for the treatments. This was for “the furtherance of the gospel” because he proclaimed Christ in his actions, demeanor and speech.

TO DIE IS GAIN

“I see a plague coming on the world, and the bars, churches and government will shut down. The plague will hit New York City and shake it like it has never been shaken. The plague is going to force prayerless believers into radical prayer and into their Bibles, and repentance will be the cry from the man of God in the pulpit. And out of it will come a third Great Awakening that will sweep America and the world.”
-David Wilkerson in 1986!!!

During this worldwide pandemic (March/April 2020), I spent five days in the hospital (NOT due to the Wuhan virus). I wanted to die because I was so very, very miserable.  I knew, if I died, I would be in the arms of God. I had no doubt about that! That’s why Christians should have no fear of death! There spirits are forever IN CHRIST!

Some people think this is a sin: wanting to die, having been in agony. I think it is normal. The flesh is definitely weak. Yet St. Paul expressed:

“For I am hard-pressed between the two, having a desire to depart and be with Christ, which is far better. Nevertheless to remain in the flesh is more needful for you.” Philippians 1:23-24

Paul had a “desire to depart”!

But I prayed, “Thy will be done.” So, I checked myself into the hospital.

THE FURTHERANCE OF THE GOSPEL

“But I want you to know, brethren, that the things which happened to me have actually turned out for the furtherance of the gospel, so that it has become evident to the whole [nursing staff]…  Philippians 1:12,13  (This was changed slightly to fit my case.)

I was in the hospital for 5 days, due to a complication with my gut and foot. But what the LORD allows, He worked out FOR MY GOOD!

I never turned the TV on in the hospital. I played Christian music, and many of my own songs, soothing Christian music. Nurses loved being in my room. They, also, need to be encouraged! Some patients, from what I understand, are downright ornery towards them.

Christ is so much in my life, it is just natural to talk about Him! I related how when I had a stroke, that I couldn’t speak in English yet I was praying fluently in tongues! To God be the glory!

I prayed for the hospital patients. On my iphone, I watched “The Chosen” (VidAngel) that inspired me.  I pray that it many people would draw close to the LORD through this presentation.

But don’t think I didn’t get depressed. I would cry to the LORD in the night. He is My Refuge!

“Why are you cast down, O my soul?
And why are you disquieted within me?
Hope in God;
For I shall yet praise Him,
The help of my countenance and my God.”
(Psalm 42:11)

*
Yes. I’m here “for such a time as this” (Esther 4:14) – for “the furtherance of the gospel”: to encourage, to motivate to our purpose, the building of the Kingdom of God, to have souls saved!

“But we have this treasure in earthen vessels, that the excellence of the power may be of God and not of us. We are hard-pressed on every side, yet not crushed; we are perplexed, but not in despair; persecuted, but not forsaken; struck down, but not destroyed…” 2 Corinthians 4:7-9

“For I consider that the sufferings of this present time are not worthy to be compared with the glory which shall be revealed in us …. Not only that, but we also who have the firstfruits of the Spirit, even we ourselves groan within ourselves, eagerly waiting for the adoption, the redemption of our body.” Romans 8:18,23

This is our future IN CHRIST!!

So while I am inactive physically, I hope to be faithful,  with the LORD’s help and comfort!

Amy Beatrice Carmichael (1867-1951), an Irish-born lass, was a missionary to Japan and later India. She is remembered for saving children from Hindu temple prostitution. In 1931, she was injured and became bedridden for twenty years. But she still served the LORD through her writing and poetry!

May I do the same for “the furtherance of the gospel”!

In mid-January, I hurt my left leg. So I got out my illustrations on my book O Little Tower of Bethlehem. Then I had a surgery on my bunion in February before this pandemic.  I could not give a presentation at my church due to “social distancing” so I put it out in 3 days as a VIDEO. It was most important that I get this done before Passover, when our LORD died 2000 years ago. 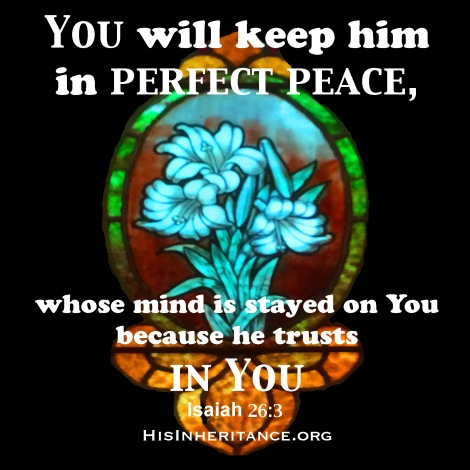