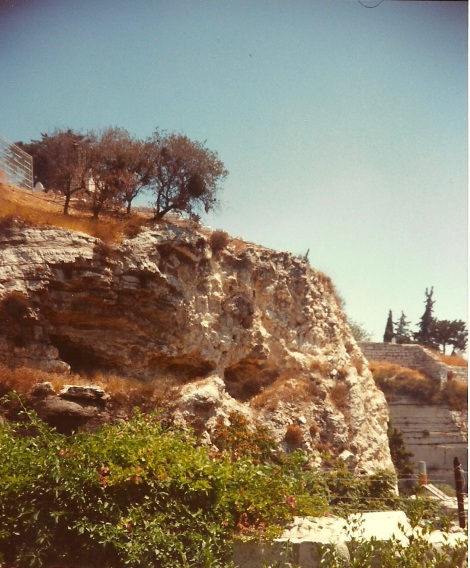 A trip to Israel for Christians is a major highlight of their lives!  One wants to be where Yeshua HaMashiach (Jesus Christ) walked, where He preached, where He died for us.  I myself have been to Israel six times and hope to go again.

Yet, in going there, it may be baffling!  For example:

For Christ’s death and burial, is it in the Church of the Holy Sepulchre OR near the Garden Tomb?  Golgotha: Is it the Rock of Golgotha (Holy Sepuchre) or Gordon’s Calvary?

For the birth of Our Messiah, was it in the cave at Bethlehem (Church of the Nativity) OR Migdal Eder, the watchtower over Bethlehem?

The Holy Spirit was given in the “Upper Room”.  Today, if you have a good guide he will tell you that the Cenacle room on Mt Zion IS NOT the real Upper Room but something akin to it.  It is supposedly on the ruins of an ancient church.  OR could the Holy Spirit have been given in the basement of the Church of St Mark, an Orthodox Church in the Armenian Section of Jerusalem?  The Upper Room, after 2000 years, may now be underground! (I’m not sure if this is the place either.)

An Addendum:  (added 6/4/2020) I just learned this from Dr. Richard Booker who studies Jewish history: Possibly it was in Solomon’s Porch!

Was the temple in Jerusalem in the Temple Mount OR the City of David?  https://www.youtube.com/watch?v=zKqDx3RDCos   I highly suggest that you watch this! It is based on archeology and filled with Scriptures, proving that they are true!

Can we know the truth?  TWO places hold these claims!  But there could be only ONE!  We may never know the correct location until the Millennium when Christ is ruling!

The Holy Spirit In Me

I had heard at my church about the Garden Tomb.  I wanted to go there on my first trip to Israel in 1987.  We were visting Christian Palestinian friends there, and though they lived twenty miles from Jerusalem, they had never heard of the Garden Tomb!  https://gardentomb.com/about

So they took me to the Holy Sepulchre.  It was decidedly filled with religious demons!  A priest beckoned me into the place where the LORD supposedly had been buried, but I could not.  The Holy Spirit in me was doing flip-flops!  I could not go unless I disobeyed the LORD!  I said to my husband, “This is not the place.”

So finally, we went to the Garden Tomb.  There was peace!  That may be because so many come to pray and worship there!

The Garden Tomb was discovered in 1867.  They don’t claim it to be absolutely the place where Jesus was buried but it is near Golgotha which means “the Skull”.  You may see this in the picture.

The Church of the Holy Sepulchre and the Church of the Nativity were constructed during the reign of Constantine the Great in the 4th century AD.  Now, I have my doubts about Constantine being a Christian as he had a likeness of his head put on a statue of Apollo!  His supposed dream to which most of Christianity refers is not verifiable, though I see it often in books.

“History” is written by those in charge, but … God’s Word is Truth!

They have told this fabrication so many times, it now seems true even to Evangelicals!

So did Constantine set up his own churches in Jerusalem?  Do these churches look anything like what Yeshua HaMashiach would agree with, having statues for worship, pagan ceremonies, and so blatantly gaudy?

The temple in Jerusalem, built under Herod, was destroyed in 70AD with the siege of Jerusalem.

Then Jesus went out and departed from the temple, and His disciples came up to show Him the buildings of the temple.  And Jesus said to them, “Do you not see all these things? Assuredly, I say to you, not one stone shall be left here upon another, that shall not be thrown down.”  Matthew 24:1-2 (NKJV)

(This maybe a double prophecy, as so many are prophecies are, indicating also the time soon before the Second Coming!)

I believe that the LORD has kept these places where Christ had been in His First Coming hidden from the population until these last of the End Days, SO that they would not be defaced with  idolatrous statues and pagan worship!  Now, in these last of the End Days, they are being revealed!   (These excavations in the Holy Land have been in the last 200 years and some much less, which is relatively short when looking to eternity!)

For there is nothing hidden which will not be revealed, nor has anything been kept secret but that it should come to light.  Mark 4:22 (NKJV)

But there Are TWO …

There are two places one can go to when one dies physically: eternal life with the Creator OR hell.

“Sea” in Revelation, symbolically means “masses of humanity” that are not believers in the atonement of the Messiah.  https://hisinheritance.org/2018/12/18/the-crystal-sea/

One dies spiritually when one sins.  This “second death” is the death of the soul, forever banished to hell.  “Death” means “separation”.   One without Christ is forever separated from God who is LIFE!

BUT IT NEED NOT BE!  It is your choice! The Savior of the world, Yeshua HaMashiach (Jesus Christ) came to save US from this perilous disaster!

16 For God so loved the world that He gave His only begotten Son, that whoever believes in Him should not perish but have everlasting life. 17 For God did not send His Son into the world to condemn the world, but that the world through Him might be saved.

18 “He who believes in Him is not condemned; but he who does not believe is condemned already, because he has not believed in the name of the only begotten Son of God.

So where do you want to be when you die?  TRUST IN JESUS CHRIST! 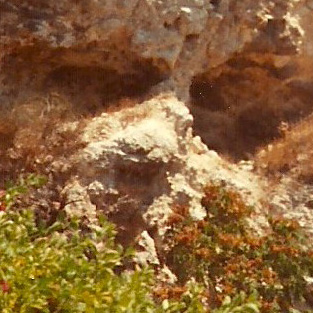 Close up of “the Skull” (Golgotha)