John 20:29 (NKJV)
29 Jesus said to him, “Thomas, because you have seen Me, you have believed. Blessed are those who have not seen and yet have believed.”

1 Peter 1:8 (NKJV)
8 whom having not seen you love. Though now you do not see Him, yet believing, you rejoice with joy inexpressible and full of glory,

Romans 8:24-25 (NKJV)
24 For we were saved in this hope, but hope that is seen is not hope; for why does one still hope for what he sees? 25 But if we hope for what we do not see, we eagerly wait for it with perseverance.

These Scriptures all have something in common: NOT SEEING!

The first time having read this verse about Thomas (John 20), after having wholeheartedly put my faith in Jesus Christ, I very much thought that I had missed out on a blessing! The Scripture reads, “Blessed are those who have not seen and yet have believed.”

You may have a blessing that you haven’t counted on!

But for me, the LORD appeared to me in a vision when I was confused and in a Buddhist cult, ten days after having prayed to know the truth. (The LORD happens to do important things on Scriptural feast days, so that is why it was ten days!) I didn’t see Christ in the natural, but I had seen Him in the Spirit.  I actually thought that everyone had this type of experience who were true Christians!  I didn’t know that it was uncommon.

(It now seems to be more common, especially for people from other pagan religions, especially Islam, and I had been in a Buddhist cult! See My Testimony.)

I didn’t know that most Christians had believed by the Word of God, that it was preached to them and THAT is what convicted them – the Word of Truth!

Hebrews 4:12 (NKJV)
12 For the word of God is living and powerful, and sharper than any two-edged sword, piercing even to the division of soul and spirit, and of joints and marrow, and is a discerner of the thoughts and intents of the heart.

At first, my Christian brother-in-law thought maybe my vision was fake and I NOW understand his concern. But the LORD whom I saw in the Spirit inspired in me that the Scripture WAS TRUE!  It would have been the real Jesus Christ of Nazareth that would encourage me to study His Word!

But there is a different “Jesus” out there!

2 Corinthians 11:3-4 (NKJV)
3 But I fear, lest somehow, as the serpent deceived Eve by his craftiness, so your minds may be corrupted from the simplicity that is in Christ. 4 For if he who comes preaches another Jesus whom we have not preached, or if you receive a different spirit which you have not received, or a different gospel which you have not accepted—you may well put up with it!

2 Corinthians 11:14 (NKJV)
And no wonder! For Satan himself transforms himself into an angel of light.

Maybe some “visions” are of this fake “Jesus”!  If you “practice” “seeing” a “Jesus”, it may be phony. One should be aware that your mind can “see” false things! It is called a “vain imaginations”. Some are truly the real Christ, but some are not! How can you tell the difference?

Some Christians tend to believe everything “supernatural” they hear. But they leave themselves open to deception!  People may be out to dupe you!  They do it in the power of their mind.

I know that the Scriptures are true! All these “Christian” books, do you know if every author speaks the truth? Some are. Some aren’t.  I think most books have a little error in them, maybe not intentional, so I try to check everything with Scripture.  We are all human.  But some are books are dangerous to your spiritual health!

Various families of a church had a particular problem in their homes.  It turned out that a certain “Christian” book was the problem.  The pastors wisely suggested the people not to read it for the book was filled with error – subtle  – but error!   In a Bible Study, we should mainly study the Word of God, for that is truth!  “Preach the word.”  (2 Timothy 4:3a)

These people going to heaven, do you know if it is true? Some may have, some may not! Some may do it for the money and notoriety from their books!

I see no place in Scriptures that one “practices” seeing the LORD or seeing angels.  Angels and the LORD just appear to whomever the LORD decides!  But New Agers “practice” seeing angels!*   (Search “Seeing Angels and New Age”) It is of the mind, NOT the spirit! The old prophets didn’t “practice”; they spoke by the Spirit!  The true word from the LORD comes from your spirit, in communion with His Holy Spirit, and it bubbles up! 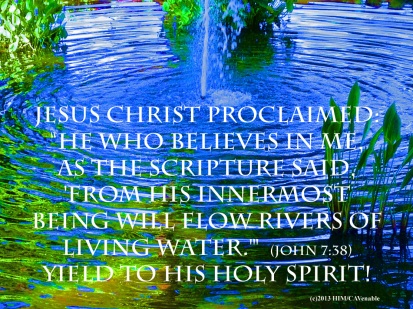 Some people DO have seer gifts. Some people, though they claim to have this gift, it is a vain imagination, but they may not be aware of it! You either see in the Spirit or your mind makes it up.  So be careful!

It is through the Spirit that we get prophecies and visions. If they are coming from your soul, it may not be real, but a vain imagination. And, for me, a word or vision from the LORD usually comes STRAIGHT OUT OF THE BLUE!

Listen to what the LORD says about imaginations.

Genesis 8:21
… Then the Lord said in His heart, “… the imagination of man’s heart is evil from his youth…

The Song of Mary speaks this:
Luke 1:51
He [the LORD] has scattered the proud in the imagination of their hearts.

Pray for more discernment in the Body of Christ. People are being misled. You must judge or keep it loosely those things that prophets say. If it is an accurate word, you usually get a witness in the spirit.  It speaks to you!

Jeremiah 23:16 (NKJV)
16 Thus says the Lord of hosts:
“Do not listen to the words of the prophets who prophesy to you.
They make you worthless;
They speak a vision of their own heart,
Not from the mouth of the Lord.

A well-known prophet spoke sometime ago at this prominent church. The prophet declared, supposedly from the LORD, that the church would have a bigger building. Other prophetic people, not well-known, were cautioning against selling the old building. But they choose to go with the famous prophet. The church sold there building, maybe unknowingly, to a homosexual church! That could NOT have been from the LORD! Through a false prophetic word, this church was ruined – but the LORD is able to revive!

I don’t want to call him a false prophet because this was in the days of his early ministry.   Maybe that’s the compassion in me.  But maybe the LORD has humbled and changed this prophet, as He does with all of us, who are not too stubborn!

But some “prophetic” words are designed to keep the people happy! They tickle your ears!  (2 Timothy 4:3) They may not be true prophetic words, but they get the money in!

Colossians 2:18-20  (NKJV)
18 Let no one cheat you of your reward, taking delight in false humility and worship of angels, intruding into those things which he has not seen, vainly puffed up by his fleshly mind, 19 and not holding fast to the Head, from whom all the body, nourished and knit together by joints and ligaments, grows with the increase that is from God.

We are all the Body of Christ and we all have gifts! An intercessor said this and I believe it was from the LORD: to pray that everyone is in their proper place!

I encourage all of the five-fold ministry in this admonition from the Word of God:

Preach the Word
4 I charge you therefore before God and the Lord Jesus Christ, who will judge the living and the dead at His appearing and His kingdom: 2 Preach the word! Be ready in season and out of season. Convince, rebuke, exhort, with all longsuffering and teaching. 3 For the time will come when they will not endure sound doctrine, but according to their own desires, because they have itching ears, they will heap up for themselves teachers; 4 and they will turn their ears away from the truth, and be turned aside to fables.

2 responses to “THOSE WHO HAVE NOT SEEN”