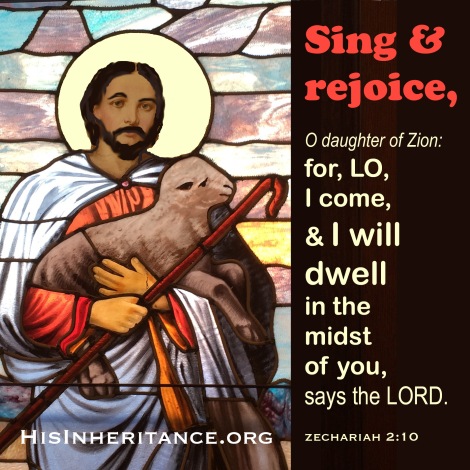 The fascinating book of Zechariah includes more predictions about Christ than any other prophet with the exception of Isaiah.

2:10-13 “Here is a prediction of the coming of Christ in human nature. Many nations in that day would renounce idolatry, and God will own those for his people who join him with purpose of heart. Glorious times are foretold as a prophecy of our Lord’s coming and kingdom. God is about to do something unexpected, and very surprising, and to plead his people’s cause, which had long seemed neglected. Silently submit to his holy will, and patiently wait the event; assured that God will complete all his work. He will ere long come to judgment, to complete the salvation of his people, and to punish the inhabitants of the earth for their sins.”  (Matthew Henry Commentary)

“Behold the man whose name is The BRANCH; and He shall grow up in His place, and He shall build the temple of the LORD.” 6:12

THE BRANCH or Messiah is building the temple!   WE Christians are the new TEMPLE!

“Or do you not know that your body is a temple of the Holy Spirit within you, whom you have from God? You are not your own.” 1 Corinthians 6:19

“Rejoice greatly, O daughter of Zion; shout, O daughter of Jerusalem: behold, your King comes unto you: He is just, and having salvation; lowly, and riding upon a donkey, and upon a colt the foal of a donkey.”

This speaks of Christ’s First Coming.  It has already happened.  Yeshuah (Jesus Christ), approximately 2000 years ago, passed through an eastern gate during His “Triumphal Entry” into Jerusalem.  The Jews had palm leaves and cried to Him, “Hosanna!”  The people considered Him their King!  They knew that their King, the Branch, the Messiah, would be descended from King David as it was prophesied or foretold.

“And the multitudes that went before, and that followed, cried, saying, Hosanna to the son of David: Blessed is He that comes in the name of the Lord; Hosanna in the highest.” This painting may be purchased through contacting grannyvee@grannyvee.com .  A coloring page for children may be found here. 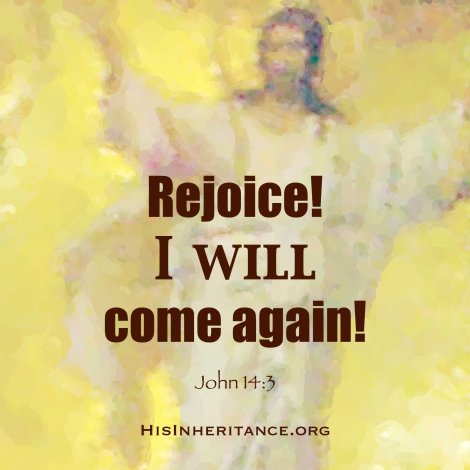 The Lord promises He will return!  (John 14:3) What about the Second Coming of Christ?  That is covered in Zechariah, too.

“For I will gather all nations against Jerusalem to battle; and the city shall be taken, and the houses plundered, and the women ravished; and half of the city shall go forth into captivity, and the remnant of the people shall not be cut off from the city.  Then shall the LORD go forth, and fight against those nations, as when he fought in the day of battle.  14:2,3

This is a battle that is yet to be fought!  But we are nearing that day when the LORD, the Messiah, returns to save His people!

Now there was an earthquake in Jerusalem during the time of Christ’s death.   However, this earthquake here has Scripture passages that didn’t happen at Christ’s First Coming.

The LORD was “three days and three nights in the heart of the earth” at His death 2000 years ago.  (This doesn’t work out with the way Christianity normally celebrates Good Friday and the Resurrection!)  Christ then was resurrected!  Glory be to God!  And He was seen by over 500 people!  This was at His First Coming!  But the LORD didn’t come with His holy ones at that time!  This will be at His Second Coming!

“And the armies which were in heaven followed him upon white horses, clothed in fine linen, white and clean.” Revelation 19:14

Another reason, I say this is the Second Coming:

“And men shall dwell in it, and there shall be no longer utter destruction; but Jerusalem shall be safely inhabited.”  14:11

This future promise is that Jerusalem will no longer be threatened with “utter destruction.” Those living now in Jerusalem do NOT dwell in security.  They have bomb shelters all around!

So this must be Christ’s Second Coming when He comes to redeem Israel!

But before the Second Coming of Christ, there will be an antichrist!  Watch and pray!  The antichrist will fool people by his performing  “great signs and wonders” (Matthew 24).

What will happens to those who come against Jerusalem?

You don’t have to fight against the LORD.  You can be saved from being a pawn for Satan.  Confess with your mouth that Jesus Christ is LORD and trust in your heart that He saves you through the blood of His cross and you will have salvation!