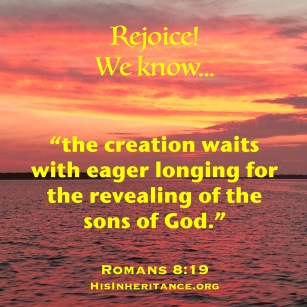 Revelation 14:4, Zechariah 14:4, and Psalm 144 have something in common.  They all speak of the LAMB with the 144,000 and the new song they will be singing.  Is this not amazing?   Yet Christ’s triumphant Return will be more than amazing!!!

WHAT WAS PROPHESIED IN ZECHARIAH 14:4

1 Then I looked, and behold, on Mount Zion stood the Lamb, and with him 144,000 who had his name and his Father’s name written on their foreheads. 2 And I heard a voice from heaven like the roar of many waters and like the sound of loud thunder. The voice I heard was like the sound of harpists playing on their harps, 3 and they were singing a new song before the throne and before the four living creatures and before the elders. No one could learn that song except the 144,000 who had been redeemed from the earth. 4 It is these who have not defiled themselves with women, for they are virgins. It is these who follow the Lamb wherever He goes. These have been redeemed from mankind as firstfruits for God and the Lamb, 5 and in their mouth no lie was found, for they are blameless.  (14:1-5)

“It is these who have not defiled themselves with women, for they are virgins. It is these who follow the Lamb wherever He goes. These have been redeemed from mankind as firstfruits for God and the Lamb,”

“Bow your heavens, O LORD, and come down!
Touch the mountains so that they smoke!” (v5)

5.  A prayer of “so that”, expressing their desire for peace and prosperity.  It looks forward to the establishment of peace and security for all (prophetically, the Millennial Reign of Christ).  In order for peace to reign, evil must be conquered!  Evil does not negotiate but wants to subdue all under its hand.   However, the Prince of Peace wins and His Kingdom is established forever!  HalleluYAH!

FYI: As with many prophetic Scriptures, I believe the 144,00 to refer particularly to the remnant of Israel who will follow Messiah AND ALSO spiritually those Holy Spirit-led Church saints “who follow the Lamb wherever He goes.”  The remnant of Israel will be waging war in the physical threatened with their very extinction as a people (but, HalleluYAH, according to the Word of God, as God’s chosen people, they live on!);  the Church saints will be doing battle against evil in the spirit realm.  (Ephesians 6)

And so the true “Desire of all Nations shall come”!!!